Welcome to the first post on the Ritchie Family Blog.I hope you find it interesting, and that it connects you with your extended family, not only here in Australia, but all over the world.
OUR NAME : Scotland was originally called Caledonia,and became known as Scotland in the 11th Century,when the Normans reached Scotland as settlers, not invaders.
They soon blended with the local population, and with the assimilation came change in the form of customs and laws the Normans brought with them.
One major change was the introduction to Scotland of the system of Nobility
The Scottish surname RITCHIE is of Kinship origin. Kinship names derived from family, and as children grew, it was not unusual to refer to them by the name of their parents.

The Scandinavian word ' sen ' Greek 'pulor' Finnish 'nen ' and Spanish 'ez ' all mean 'son '.
The Irish Ó'indicates the name of the Grandfather or earlier ancestor. Here, the surname denotes that the original bearer was a son of Richard 'Richie 'or 'Ritchie ' being a pet name, of this personal name.

Living in the Fiji Islands in the late eighties, I noticed that many Fijians were referred to by their 'surname'or 'family 'name, not their christian or given name.
This is not unlike the Sottish system of naming.
Perhaps it was the same all over the world in the early Centuries, when they couldn't pop down to Office Works and buy a ream of paper, so nothing was recorded.

Prior to the advent of surnames, names in the formative years were generally a given name.
As a result of trade,warfare, economic necessity, and increased migration the population in Scotland grew, and so a more precise method of identification was needed.
Surnames solved this problem for them.
The surname Ritchie has a long, long history in Scotland, and records of this name date back to the 14th Century, when Michael Rechy of Inverness, was noted.
Duncan Riche was a messenger in Perth,Scotland in 1505.
John Riche was the King's Sheriff of Inverness in 1512, and there is mention of the lands of Robert Reche in Glasgow in 1550.

The wife of David Reche in Aberdeen, was fined for brewing ale in 1538,  bless ' her.

That's probably where we all get our liking for the ale from, and where my cousin, Peter Ritchie acquired his fondness from brewing beer in the washing machine at the farm at Kilsyth, Victoria,when he was just a  lad !
William Ritchie founded the 'Scotsman ' newspaper in Edinburgh in 1817, and Alexander Ritchie, ( who we are all directly descended from ) was an artist of great repute in Edinburgh, in the early half of the last century.

My  Grandfather was also named Alexander, and  he that was born on the boat the "West Wind" in the treacherous seas off Cape Horn, off the coast of Africa, in the morning of 1st February 1853, in a howling gale,in an unseaworthy boat, with a drunken Captain, en route from Glasgow, via New York to Port Melbourne.
Full marks to great Grand-Mother Catherine, for Alexanders birth and survival on that dreadful voyage in 1853.
Brave people, and the reason we all exist today, as Alexanders sons ,Alan and Thomas Ritchie ( both deceased )are our Fathers and Grandfathers.
Alexander Ritchie  grew up in the gold fields in Bendigo, Victoria, and other places, and eventually married Hannah, and selected  land in Brodribb River, near Orbost, where he lived  and farmed,till he died.

A copy of the ticket for the passage on the "West Wind " is in my posession, so although these days its trendy to be convict-descended, the original Ritchies paid their own fare!

In  2005, my daughter travelled through  Europe, and settled in a small village called Pitlochry,near Edinburgh in Scotland where she lived and worked for six months.. she loved the Scots!.

A Nephew visited the cemetary in Glasgow, and said it was so full of dead Ritchies, impossible to identify the ancestors.!!

Hope you have enjoyed this short history of the name we bear to this day.

Footnote : A friend from NZ who I met in Sydney forty-four years ago, contacted me via the Net,, and enclosed this photograph taken in 1966.- I was 19 years old.
Have you got any old family photographs?

Unfortunately the Family tree has had to be removed due to issues of Identity theft. 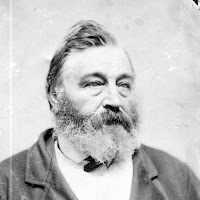 Alexander's Parents died early, and he and his brother Thomas were brought up by an Uncle and Aunt who kept a Public House called "The Wellington Inn", in West Kilbridge (Scotland). It is unknown what happened to Thomas - or the other brothers and sister. 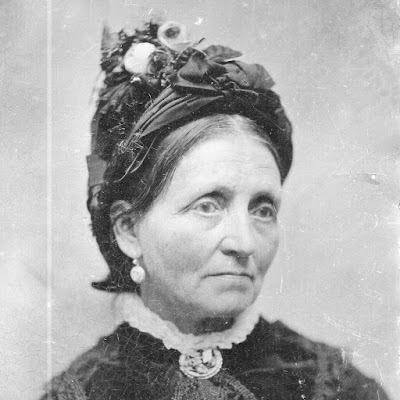 A year or so after his marriage to Margaret McCallum in 1846, accompanied by her brother Walter McCallum, and her young sister Elizabeth McCallum, they left Scotland and went to North America , and settled near New York.
After three or four years they left America for Australia (Port Phillip) on a Steam
Ship of approximately 350 ton, called the "West Wind". They were once again accompanied by the McCallum's, Walter (and family) and Elizabeth.

The vessel the  "West Wind", arrived at Melbourne on the 28th of April 1853. At this time Robert Alexander, who was born on 1st February 1853, during the voyage, would have been a babe in arms at around three months of age, the two surviving daughters would have been 3yrs (Catherine) and 6yrs (Mary).
The family movements around Melbourne are unknown, but their stay was short, the family  then moved onto the Gold Fields around Bendigo in May 1854, when their fifth child Elizabeth, was born.
The rest of the cildren were born around Axedale or Axe Creek, near Bendigo.

The East Gippsland  family are directly descended from Robert Alexander.


Posted by Shakesquiller at Thursday, October 08, 2009

Bloody fabulous idea.
Think Ill do one for my family.'
At least the grandkids will learn all about what we got up to, after we've gone.

Hi Robyn,
Thank you for forwarding me the blog info.. I am a bit of computer defect so will have to ask help of children... wish me luck! Will be great to hear what is happening with the rest of the family, see photos etc. Its so easy to be busy with our lives and not keep in touch. Anyway, will sit down one day and try and work out how to 'blog on'.
Hope you and yours are all well and happy.
Take care

How gorgeous do you look!

Rob.Now I really can see how much Tash is like you.
You are beautiful

OOOHHH What a stunner!!!! Those Ritchie good looks. Thats how I remember you.
Hope you backed a winner then ... and today.

Ahhhhh, you sexy thing, fashions today have nothing on you girl...

The information here is great. I will invite my friends here.

Nice dispatch and this fill someone in on helped me alot in my college assignement. Say thank you you as your information.

Understandably your article helped me very much in my college assignment. Hats afar to you enter, choice look ahead in the direction of more related articles soon as its one of my pet topic to read.

How nice to know our family Blog is helping people across the other side of the world with their studies!! Great stuff, thanks for commenting.

Hello my name is william robert ritchie I live in michigan.My dad just passed and in his papers i acquired I found original birth certificate from great grandpa from Scotland. I am very interested in family tree and history.How do i start any ideas? My e mail is wmritchie@universalmacomb.com thankyou

Hi Robyn,
Very pleased to have found your blog re Ritchie family from Orbost & would like to discuss a copy of the family tree. Could you contact me please. vickoryt@gmail.com
Regards, Vicki

Robin,
I believe my g g grandfather Thomas Joseph Bourke is in your tree.
If so, and if you have any information on the Bourke line, could you contact me russell.bourke@gmail.com
Thanks

Granddad moved from Scotland to Liverpool then dad settled over here in Kyneton, Victoria.

Never knew there were so many of us over here.

Was great to brush up on some history!

The best site to look for Scottish family is
www.scotlandspeople.gov.uk
This will allow you to see census records birth and death marriage records certificates save and print ect ect

The charges are reasonable and it is a government site.
Hope this helps Robert Ritchie Perth Scotland.
I have traced my family back to 1815. Ayr and lochwinnoch Renfrew . furniture.agent@btinternet.com